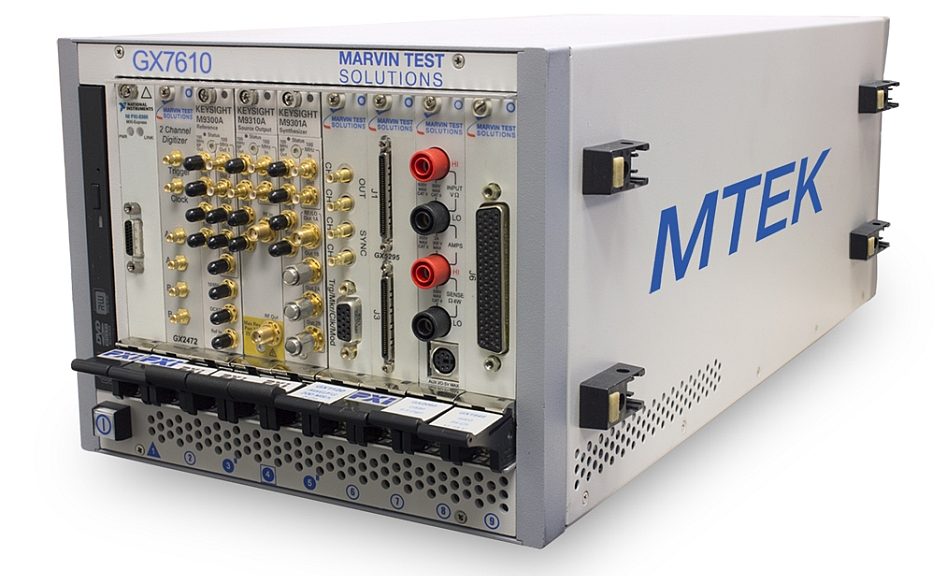 In three decades of expertise, MTS has developed a range of solutions using the latest technological advances.
Its hardware solutions, software and integrated ATE (Automated Test Equipment) test systems aim to reduce the footprint of test benches while facilitating their deployment and use by meeting the most demanding test specifications for military, aerospace and industrial applications.

“We could summarize our philosophy in a single sentence that is still true today: We Make Test Easy,” said Loofie Gutterman, president of Marvin Test Solutions and one of the company’s founders.

Originally founded as Geotest, the company designed and manufactured integrated test systems while developing its first hardware and software. Its first software environment for test development and execution, ATEasy Test Executive, was launched in 1991. The tenth version of this software suite, ATEasy X, compatible with all previous versions, was announced at the end of 2017.

Geotest was one of the first manufacturers to use PC-based instrumentation, then emerging, as a hardware platform for designing modular test systems. This commitment to modular design based on industry standards has led him to participate actively and early in the PXI Systems Alliance (PXISA). In 2004, Geotest’s PXI instrument offering exceeded 100 products.

Today, the US company’s Genasys mixed signal test platform and range of semiconductor testers, based on a PXI architecture, provide the flexibility and scalability needed for the most advanced testing applications for critical and high value-added products, from sensors to vehicles, aircraft and satellites.

In addition to modular instrumentation, Geotest has developed expertise in the field of military and aerospace testing, which enables it to design test benches for the most advanced weapon systems (from the field/flight line to the depot).

Geotest, acquired by the Marvin Group in 1997, took the name Marvin Test Solutions (MTS). As a member of the Marvin Group, with more than 55 years of experience in the defence and aerospace sectors, MTS has deployed test benches for the world’s leading military aircraft and weapon systems.