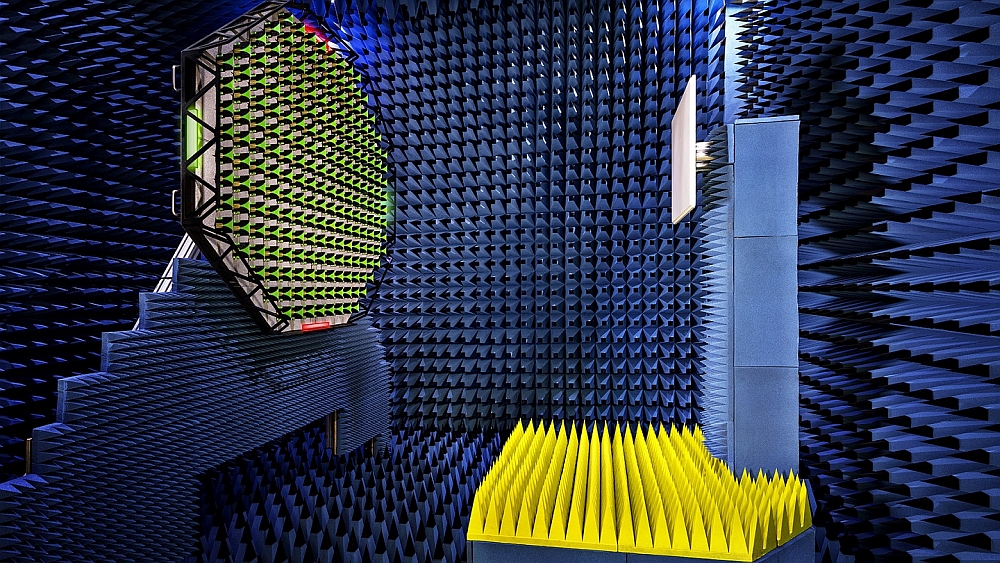 Rohde & Schwarz has expanded its 5G NR testing portfolio with the R&S PWC200, developed for 5G massive MIMO base station testing for both production and R&D.

The plane wave converter supports a large part of 3GPP certifications and features a bi-directional array of 156 wideband Vivaldi antennas placed in the radiating near-field area close to the device under test (DUT).

The R&S PWC200 is a small footprint solution for 5G NR FR1 OTA testing of base stations addressing manufacturers and test houses, who can use it with the R&S AMS32 system software. It is, according to Rohde & Schwarz, the first commercially available PWC test solution.

For Verkotan, a test house based in Oulu, Finland, another important criterion for choosing the R&S PWC200 was the possibility to combine the solution with their own existing in-house OTA software applications and test chambers, making their investment more cost-effective.

In addition to the Verkotan software, their R&S PWC200 is using software based functionality provided by Rohde & Schwarz, including pretransfer calibration, field simulation and calibration as well as self-test.