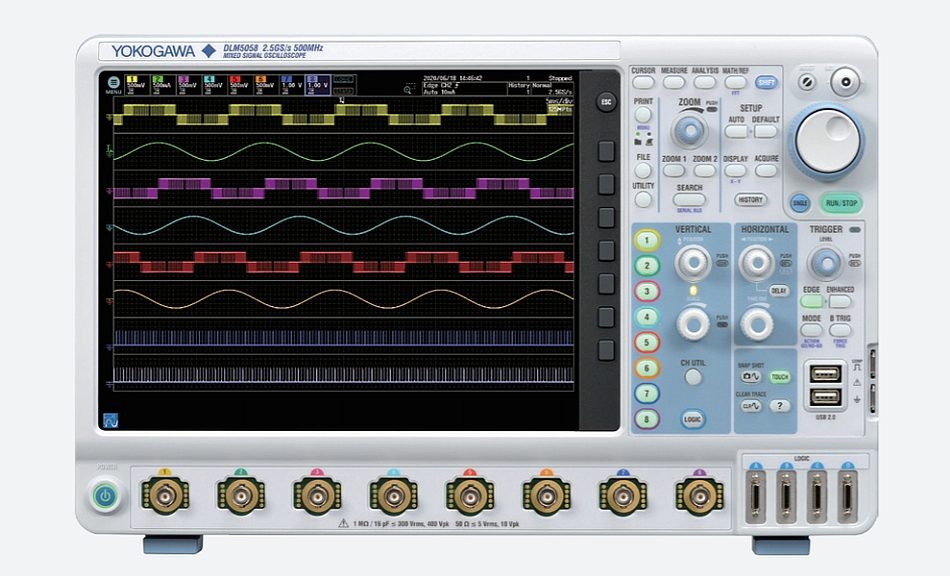 Their sampling rate is up to 2.5 GS/s, twice that of the DLM4000 Series oscilloscopes.

The DLMsync option, which should be available next spring, will allow signals from 16 analogue channels and two 32-bit logic channels (with the optional feature enabled) to be measured simultaneously by connecting two DLM5000 Series scopes.

The DLM5000 has a trigger function (sets conditions and displays waveforms when signals corresponding to those conditions are detected) that supports the CXPI in-vehicle LAN standards. The captured waveform data and signal analysis results can now be displayed on the same screen in a correlated manner.

Acquisitions can be transferred to a PC for storage via a USB 3.0 connection.